The Story behind Santa Claus 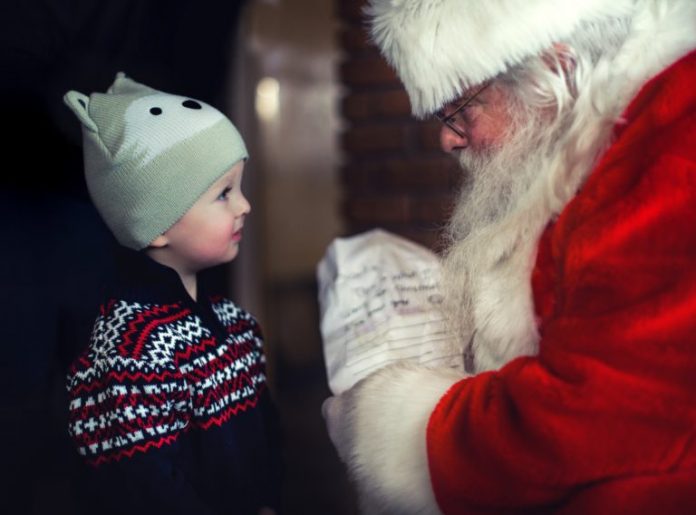 So who is exactly the man behind Santa? St. Nicholas – he was a Bishop who lived in the fourth century in a place called Myra in Asia Minor or now called Turkey. He was always a very kind man and had a reputation for helping the poor and giving secret gifts to people who needed it. So Santa Claus is original from Turkey.

But how did St. Nicholas became Santa Claus? This is a long story, but we try to keep it short. In the 16th Century in northern Europe, after the reformation, the stories and traditions about St. Nicholas became unpopular. But people still want somebody, who deliver presents to children on Christmas Day so in the UK he became “Father Christmas”. In France he was then known as “Pére Nöel”. In some countries for example Austria, present giver became the “Christkind” – a golden haired baby with wings, who symbolizes the new born baby Jesus. In 1823 the famous poem “A Visit from Saint Nicholas” was published and describes St. Nicholas with eight reindeers. The UK Father Christmas and the American Santa Claus became more and more alike over the years and are now one and the same.

So the short story is that the people still want presents for Christmas and that’s why St. Nicholas turned to Santa Claus.

Dasher, Dancer, Prancer, Vixen, Comet, Cupid, Donner and Blitzen – the famous reindeers, which help Santa to delivers all the presents. And don’t forget about Rudolph the red nosed reindeer. Did you know that the reindeers might well be all girls? Because only female reindeer keep their antler throughout winter. By Christmas time most males have discarded their antlers and are saving their energy ready to grow a new pair in the spring.

Now you know everything about the famous man. What’s on your wishlist this year? If you don’t even know yet, we definitely have the right present for you. It’s a great experience and a lot of fun for young and old. Book your bike rental here:  https://www.unlimitedbiking.com/new-york/rentals/

We wish you HAPPY HOLIDAYS!