HomeIndustryPenalty for Rule-Breaking Cyclists: A Remedial Class on How to Ride
Industry

Penalty for Rule-Breaking Cyclists: A Remedial Class on How to Ride 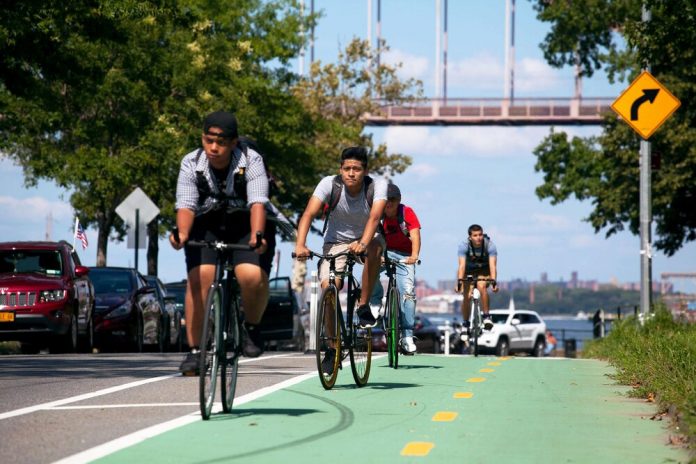 All we can add is: Be careful out there and ride safely!New York Times July 24, 2012

The eight wrongdoers sat inside a windowless basement classroom, serving a court-ordered penance for their transgressions. For the next 90 minutes, they would learn about the proper rules of the road, how to use hand signals and when to change lanes safely — even if most did not believe they had done anything wrong.

“He said I wasn’t in the bike lane,” said Kenny McKissick, a 32-year-old messenger. “But I was on the line.”

This spring, the Midtown Community Court began sentencing cyclists who had been issued tickets for certain offenses in and around Midtown Manhattan to a class to learn about bicycles and traffic.

“You couldn’t possibly ticket all of the stuff you see irresponsible cyclists do,” said Judge Felicia Mennin, who worked with the nonprofit organization Bike New York to develop the new sentencing option.

But, she acknowledged, some riders may be honestly confused about what is allowed. “There are a lot of laws and not always clarity about abiding by the law,” she said.

The class, held below a sports store on the Upper West Side, is the first dedicated to cyclists but is a close cousin to other education programs at the court, which seeks to address quality of life offenses like prostitution and graffiti with alternatives to jail or fines.

It comes amid broad agreement among bike advocates and the Transportation Department that compelling riders to obey traffic signals, go with traffic and stay off the sidewalk is critical to improving the image of cycling and ensuring the long-term health of New York City’s expanding bicycle network. That mission will become even more important once the city’s bike-share program rolls out in the next month or so.

So far, 30 cyclists have been sent to the class, the court said. The two most common offenses have been riding on the sidewalk and not using the bicycle lane.

Mr. McKissick was hardly alone in complaining of unfair treatment at a class last week. Several cyclists admitted riding on the sidewalk for a few feet and complained that the sentence — often a day of community service in addition to the class — was excessive.

“It was literally three seconds,” Steve Galiczynski said of his short sidewalk ride to his parking spot on the Upper West Side, witnessed by a police officer. He said he had already spent a day cleaning up trash in Times Square. “This whole thing is nuts. It’s like I’m in a Russian novel — a crazy Russian novel.”

The class included slide presentations on bicycle law, hand signals and moving safely through traffic, as well as a discussion of cyclists’ rights and how abiding by the law could help them curry good favor from the broader public. Some of the men sat with folded arms; there was palpable resentment after each described the reason for his ticket. It emerged that none were there for what they considered serious offenses, like running a red light or going the wrong way.

“Normally,” said Rich Conroy, the instructor from Bike New York, “red light running is a traffic violation and they send that to the D.M.V. courts.” Wrong-way riding is treated similarly. Mr. Conroy said he would like to see those types of violations end up in his class, but that would mean changing the way the police write up tickets for cyclists.

Since starting the new class, Mr. Conroy has also made shorter presentations to police officers in Midtown to help clarify the finer points of the law. “I focus on the bike lane law because a quarter of the students I’ve seen have gotten tickets for riding outside of the lane,” he said. While cyclists are required to use bike lanes when available, there are exceptions: when preparing to make a turn or the lane is obstructed or unsafe. “There’s nothing in the law that says you have to bike suicidally,” he said.

If there is one thing that unites New Yorkers who see bikes as a menace with others who view them as a mainstream form of urban transportation, it is a mutual distain for the lawbreaking cyclist.

It has always been thus in the city, at least since the days a century ago when pedestrians, buggy drivers and leisure cyclists alike railed against the dangers of speedy riders, known at the time as scorchers.

Mr. Conroy said he hoped that by spreading knowledge about the law to both cyclists and to the police, he could alleviate what appeared to be confusion over what is permissible and help focus enforcement on dangerous riding.

But for now, it remains a work in progress.

Spencer Aste, 47, an actor who lives on the Upper West Side and rode his bike to the class last week, said he had been cited after being forced off the road by traffic and clattering to the pavement in a crosswalk.