The Many Sculptures of Central Park 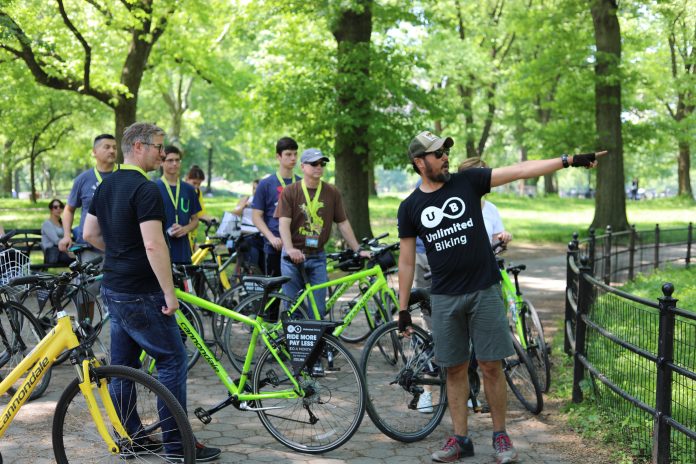 There are 29 sculptures in Central Park, and each one is unique, ranging from the proud and majestic to the weird and creepy. Here’s a brief survey, courtesy of the Central Park experts at Bike and Roll, to get sightseers started, helpfully divided into four taxonomic groups:

It’s a well-known fact among sculptors that guys on horses look really cool. In Central Park, these equestrian tough guys include Latin American independence leader Simon Bolivar, Civil War General William Tecumseh Sherman, and even President Theodore Roosevelt. For my money, the coolest is the King Jagiello Monument, located on the walkway leading to the Belvedere castle.

The statue commemorates the Medieval Polish king, Wladyslaw II Jagiello, who in the Battle of Grunwald led his people to victory against the Teutonic Knights. It’s the biggest equestrian statue in the park and easily the most impressive. The king holds up two crossed swords in defiance, symbolizing Poland and Lithuania united for a common cause.

Historical Figures Not on Horses

Since we can’t be on horses all the time, the park has ample representation for the unhorsed as well. In the Mall you’ll encounter the “literary row,” with monuments to towering figures of the written word: William Shakespeare, Robert Burns, Sir Walter Scott… Fitz-Greene Halleck… um, Christopher Columbus?

The statues in the park were donated by different wealthy individuals or organizations at different times, which makes for a charming lack of cohesion among them all. The best example here is Fitz-Greene Halleck, a popular author at the time, however, the official statistic of people aware of him today includes roughly 97% “people who saw his statue and googled ‘who is Fitz-Greene Halleck?’”

Many Central Park visitors are familiar with the Balto statue, commemorating the famous dog sled run in 1925 to deliver diptheria serum from Anchorage to Nome, Alaska. Those visitors might be less familiar with another animal-driven statue, Eagles and Prey. Arguably the park’s strangest sculpture, it depicts a goat caught between two rocks and attacked by the titular two eagles.

The sculptor, Christophe Fratin, was the son of a taxidermist, which may explain the subject matter. According to the Parks and Recreation website, early critic Clarence Cook “…felt that Fratin’s choice of subject and ‘wild, exotic depictions’ did not fit in with ‘the tranquil rural beauty of the park scenery.’ Eagles and Prey, however, outlasted such initially squeamish sentiments.” Located near the Naumburg Bandshell, it’s still there for you decide if you agree with Mr. Cook or the Parks site.

Kids will be familiar with the Alice in Wonderland statue, commissioned in 1959 by noted Central Park philanthropist George Delacorte. If there’s a single statue on your list of things to see, however, it should be Angel of the Waters. It commemorates the construction of the Croton Aqueduct, which gave the city drinking water that was actually safe to drink. This statue was sculpted by Emma Stebbins, the first woman to create a public art piece for the city. Located at the magnificent Bethesda Terrace, itself located in the exact middle of Manhattan, the statue is the literal centerpiece of the entire park.

All these statues and many more can be found on our Inside Central Park tour. Just ask one of our helpful guides. We’ll see you there!