5 Things You Didn’t Know About the National Mall 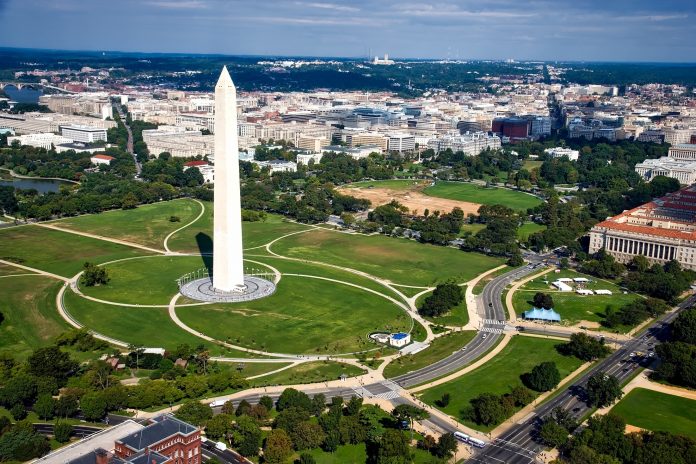 When it comes to a visit to Washington DC’s National Mall, it’s easy to get overwhelmed with its long list of things to do. It is home to some of America’s most prolific monuments as well as the (mostly) admission-free Smithsonian museums, notably the National Museum of Natural History , United States Holocaust Memorial Museum, the National Air and Space Museum, and the newer National Museum of African American History and Culture.

Whether you want to spend a morning, a day, or a weekend at this national treasure, there’s a way to explore more, and enjoy more, without having to hassle with parking at the National Mall: Rent a bike or take a bike tour!

Unlimited Biking offers flexible bike rental options and tours get you closer to the National Mall’s monuments, museums, and events with peace of mind — and without the stress of parking near the National Mall.

Here are 5 lesser-known facts about the Mall from our DC tour manager, Georgia L, who loves to show people around the Nation’s Capital on two wheels.

The National Mall has over 9,000 trees

According to the National Park Service, there are more than 9,000 trees located on the National Mall, and about three-quarters of them are American elm trees, originally named “the Lady of the Forest ” by North American settlers.

While the elm trees are perennial favorites, there is a springtime showstopper that draws flower fans each year: the cherry trees. One of the most beloved times of year at the National Mall is in the springtime, when the famed cherry trees blossom in pastel pinks and soft whites during the National Cherry Blossom Festival. Get the most out of your visit — the blooms are most spectacular from March to April — on a bike tour that takes you around the major sites plus Tidal Basin.

Most have bike parking near the entrance as well as delicious cafes to grab a bite to eat.

Today, this Neoclassic jewel is a symbol not only of the National Mall but the United States.  It served as the backdrop to Martin Luther King Jr.’s “I Have a Dream” speech, among other pivotal moments in the Civil Rights Movement.

However, it was almost never constructed. After Lincoln’s assassination in 1865, the public was in strong favor of memorializing him; however, it wouldn’t be built for another half century. One reason? Many politicians couldn’t imagine the grandiose structure in its current location, which back then was recently developed swampland. Thankfully, in the end, it was dedicated in May 1922. It’s one of many less-known facts you can learn on an ebike tour of the White House, Washington Monument, WWII Memorial, Veterans Memorial, Lincoln Memorial, new Martin Luther King Junior Memorial and more!

This national park’s name comes from a British word

One bike ride around the National Mall’s tree-lined pathways and you can quickly see, especially in the warmer months, why it’s nicknamed “America’s Front Lawn.” With plenty of benches, open grass, and food trucks, it’s a great place for a picnic and games such as soccer and frisbee.

However, truth be told, the name isn’t all-American. The term “mall” comes from the British lawn game called “Pall-Mall” (think croquet) all the way back in the 1700s. Over time, people would refer to the grassy area the game was played as the mall — a term that has stuck, some 300 years later.

There’s an actual piece of the moon here

On a visit to the National Air and Space Museum, don’t miss the chance to see (and carefully touch) a real chunk of the moon, originally brought back from the Apollo 17 mission. It’s on display along with a lunar module that was built for test flight but never went to space. It’s still an otherworldly experience imagining what the life of an astronaut is like.

5. The National Mall is a bike-lover’s paradise

The National Mall is an 8-mile network of bike-friendly trails. Pick up your Cannondale rental bike and helmet— or join a tour — from our 955 L’Enfant Plaza SW location, a short and safe 5-minute ride from the entrance of the park for a ride on a flat, paved route that includes ample bike parking spots for you to hop off and enjoy the attractions you want to see.