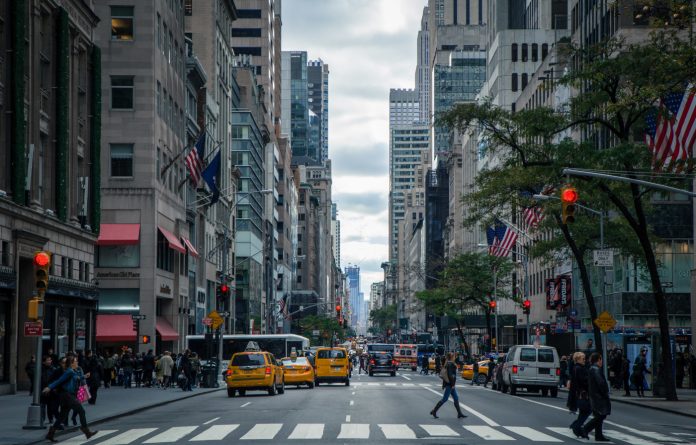 Welcome to New York City the city of stars, movies and series! If you are a big fan of cinema and movies this blog post is perfect for you! Let’s go explore together all the famous locations in New York by bike! Do more in less time with Unlimited Biking bikes!

In the movie the little Kevin McCallister is alone and lost in New York while his parents are in Florida. Kevin reserve a room at the Plaza Hotel and visit Central Park.

Sex and the City is one of the most known series in the world! You can see multiples spots and areas of New York in the series but also in the movies such as:

Gossip Girl is a very famous series that is filmed in New York City. The story is very focused on young students and their lives in the city. If you are a fan of the show you have to come to New York and see all the locations of the series!

“HIMYM” for the huge fan, is taking place in NYC. This series is very focused on friendship and fun. This series started in 2005 and ended in 2014!

– MacLaren’s in the series is actually a real place called McGee’s.

Stuart Little is a family comedy created in 1999 based on E. B. White’s novel. This movie is about a small mouse called Stuart. Stuart is not like the regular mouse because he can speak with humans. The film was directed by Rob Minkoff.

King Kong is a giant gorilla monster. He appeared for the first time in 1933. Another remake of the original, was released in 2005 by filmmaker Peter Jackson.

Ghostbusters is a supernatural comedy from 1984, directed and produced by Ivan Reitman. It stars Bill Murray, as quirky parapsychologists who are launching a ghost hunting business in New York. Sigourney Weaver and Rick Moranis are in the film and appear as co-stars. Ghostbusters was released on June 8, 1984 and received very good reviews. He has brought in more than $ 300 million worldwide.

Night at the Museum is a 2006 fantasy comedy directed by Shawn Levy and based on the 1993 children’s book of the same name. The film stars Ben Stiller as night watchman at the American Museum of Natural History in New York and discover that statutes and other animals on display become animated at night thanks to a magic Egyptian artifact. The film reported more than 600 million dollars.

The Avengers is a superhero movie based on the Marvel Comics superhero team produced by Marvel Studios. The film was written and directed by Joss Whedon. In the film, the director of the S.H.I.E.L.D., recruits Iron Man, Captain America, Hulk and Thor to form a team that must prevent Loki, to destroy the Earth. The marvel films are very popular and bring back hundreds of millions of dollars every year. You will find below more places where the film was shot in New York.

Directed by Gary Ross in 2018 the film is both a continuation and a spin-off of Steven Soderbergh’s trilogy Ocean. The film follows a group of women planning a robbery at MET GALA.

An American superhero movie directed in 2002 by Sam Raimi, based on the character of Marvel Comics Spider-Man. Peter Parker is a high school student living in New York, leading a double life as a superhero. This super hero is world famous thanks to the city of New York which allows the hero to become the emblem of the city against criminals. Find all the locations and spots below: